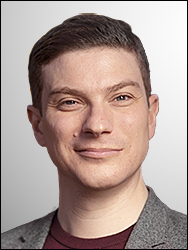 Henrik Johansson received his PhD in 2009 from UCLA. He then held a postdoc position at CEA Saclay until 2012, and one at CERN until 2014, when he took up a Senior Lecturer position jointly at Nordita and Uppsala University.

Henrik's field of research is high-energy physics with special emphasis on quantum corrections to scattering processes in gravity and gauge theories, including analysis of the ultraviolet behavior of supergravity. Recently he has been focusing on novel formalisms that rewrite standard gravity theories as double copies of gauge theories.

Henrik was awarded as a 2013 Wallenberg Academy Fellow, which through the Knut and Alice Wallenberg Foundation funds a five-year research project on "Color-Kinematics Duality and Ultraviolet Divergences".