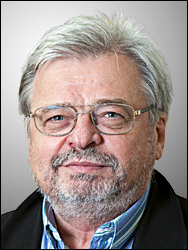 Iouri Belokopytov received his PhD at Institute of High Energy Physics, Serpukhov, Russia, in 1979. In the early 1980s he joined the DELPHI experiment on the Large Electron and Positron collider at CERN (Geneva, Switzerland), where he was working as Delphi Database Software group member, then the Database group leader. In 1997 he moved to Stockholm University, and then to Nordita. His primary interest is computing science.