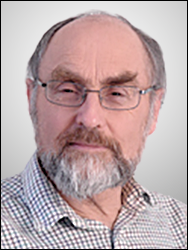 Christopher Pethick was brought up in England, and was educated at the University of Oxford, where he received his B.A. degree in 1962, and his D.Phil. degree in 1965 for work on liquid helium 4 under the supervision of Dirk ter Haar. In 1965 he became a Fellow by Examination (research fellow) at Magdalen College, Oxford. In 1966, he became a postdoctoral fellow at the University of Illinois, and after spending the academic year 1969-1970 in Oxford and at Nordita, he joined the faculty at Illinois as an associate professor, becoming full professor there in 1973. Also in 1973 he became Professor of Physics at Nordita, while maintaining his strong connections with the University of Illinois. During the academic year 1973-1974 he was a visiting professor at the Landau Institute in Moscow and at Nordita, and for the calendar year 1995 he was a visiting professor at the Institute for Nuclear Theory in Seattle. He was director of Nordita from 1989-1994.

He was a founding Board member of ECT* (the European Centre for Theoretical Studies in Nuclear Physics and Related Areas in Trento) (1992-1997), a member of the National Advisory Committee of the Institute for Nuclear Theory and Seattle (1997-1999), an Associate Editor of Reviews of Modern Physics (1997-1999), and a member of the Editorial Board of Physical Review A (2004-2010).

He has contributed to diverse fields of physics, especially the properties of quantum liquids, both normal and superfluid, and the properties of dense matter and neutron stars. In 2008 he, together with Gordon Baym and Jason Ho, received the Lars Onsager Prize of the American Physical Society for his work on quantum liquids and in 2011 he received the Society's Hans Bethe Prize for work in nuclear physics and astrophysics. He is a foreign member of the The Royal Danish Academy of Sciences and Letters and of the Royal Norwegian Society of Sciences and Letters, a Foreign Honorary Fellow of the American Academy of Arts and Sciences, a member of the American Philosophical Society, and a Fellow of the American Physical Society.

His main current research interests are in ultracold atomic gases and in dense matter in collapsing stars and in neutron stars.