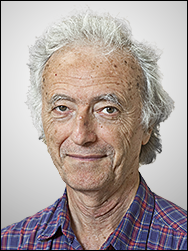 Paolo Di Vecchia received his degree (Italian Laurea) at the University of Rome in 1966. After a post-doctoral fellowship at the Laboratori Nazionali di Frascati he was offered a permanent position there. After two-year positions at MIT and CERN he became Assistant Professor at Nordita, 1974-1978. After another year at CERN he became Professor first at the Freie Universität in Berlin in 1979 and then at the University of Wuppertal, 1980 to 1986. He came to Nordita in February 1986.

Paolo has worked and continues to work on the theory of elementary particles by using perturbative and non-perturbative methods both in field and string theories. His recent work has dealt with the extension of the AdS/CFT correspondence to less supersymmetric and non-conformal gauge theories deriving many properties of these theories, as the beta-function and the gaugino condensate of N=1 super Yang-Mills, from the supergravity solution. Another activity has been the construction of the four-dimensional low-energy Lagrangian from toroidal compactifications in magnetized D branes models that have the important property of generating chiral matter necessary for describing quarks and leptons. In this framework, he has computed the moduli dependence of the Kaehler metrics and of the Yukawa couplings using both stringy instantons and field theoretical methods. Most recently, he has studied high-energy scattering of closed strings on a stack of D branes in various regimes of impact parameter and 't Hooft coupling.

Since 1994, he has coordinated the organization of Nordic meetings in string theory bringing together Nordic researchers and students twice a year to learn about recent developments in the field. He has organized summer schools in field and string theory for Nordic students and supervised Nordic students. He was elected in 2003 member of the Det Kongelige Norske Videnskabers Selskab.